New Coalition Forms to Oppose Elimination of Cash BailI includes labor, law enforcement groups
Dubuque In Pursuit
No comments
New Coalition Forms to Oppose Elimination of Cash BailIncludes labor, law enforcement groupsSpringfield, Ill.— A new coalition of law enforcement organizations formed today to oppose efforts in the General Assembly to end cash bail. Throughout this year’s legislative session, the Coalition for Public Safety will speak with a unified and strong voice on this and other criminal justice issues.“The Coalition unequivocally and unanimously oppose eliminating cash bail. Elimination is not the way to make the criminal justice system more equitable, and it is not the way to make our communities safer, ” said Jim Kaitschuk, executive director of the Illinois Sheriffs’ Association. “As the General Assembly debates other law enforcement issues this year, the Coalition will speak with one voice on how it can best help first responders and keep our communities safe.” Founding members of the Coalition include Illinois Sheriffs’ Association, Illinois Fraternal Order of Police, Illinois Fraternal Order of Police Labor Council, Chicago Lodge 7 Fraternal Order of Police, Illinois Police Benevolent and Protective Association, Illinois Association of Chiefs of Police. This session, there has been a renewed push in the General Assembly to follow other states that have recently eliminated cash bail, despite the dangerous incidents that have occurred. Just days after New York ended cash bail, there was a rash of individuals who were arrested. While they were let out awaiting trial, they committed significant crimes again like murder. Since then, crime numbers are up nearly 17 percent.“There’s a reason doctors don’t regulate pilots and pilots don’t regulate lawyers,” said Sean Smoot, Director and Chief Legal Counsel for PB & PA of Illinois. “Our organizations are on the front lines of the criminal justice system and when issues affecting that system come under consideration we should be involved and at the table.” “When the safety of the citizens we spend our careers protecting is put in danger due to failed experimental criminal justice reform initiatives, such as the recent bail reform experiments, it becomes our responsibility to step up. We have to let the public know that their basic civil rights are perceived to be not as important as the civil rights of those who are arrested for having committed criminal acts,” said Kevin Graham, President, Chicago Lodge 7 Fraternal Order of Police. Ed Wojcicki, the Executive Director for the Illinois Association of Chiefs of Police said: “We are very concerned that the voices of victims of crimes are going to be set aside, and that many innocent victims who had the courage to call the police will have to live in fear of offenders being set free and committing more crimes. We have to stand with the victims of crimes.”Cash bail is a layer of protection for law-abiding citizens, but it's also an effective way to keep police from having to chase down the same offenders multiple times," said Illinois Fraternal Order of Police State Lodge President Chris Southwood. "Budget cuts have stretched police forces to the limit. So why are we even seriously considering a proposal that adds unnecessary, dangerous duplication to an officer's daily shift?”One of the most dangerous duties law enforcement officers face is going after bail jumpers because those people have graphically demonstrated that they have no respect for our system of laws that protect the public," said Illinois Fraternal Order of Police Labor Council Executive Director Shawn Roselieb. "Why would anyone want to make a cop's job more difficult or dangerous than it t already is?
Read more
Hanover Man Arrested
Dubuque In Pursuit
No comments
On 02/17/20 at approximately 10:02 pm, Jo Daviess County Sheriff’s Deputies were dispatched to Hanover, IL for a domestic situation involving a person with an active warrant. While searching for the individual Officers checked the Hangover Tap in Hanover where they spoke to Gary L. Pettera who was bartending. Pettera stated he knew the wanted individual and that he was not at the bar. Pettera stated he had been at the bar for an hour and had not seen the individual. The Officers discovered the wanted individual was seated in the bar in plain sight of Pettera. Pettera was arrested for Obstructing a Peace Officer and searched during the arrest. Officers located several prescription pills classified as a controlled substance that Pettera admitted he did not have a prescription for. Pettera was transported to the Jo Daviess County Jail. This case is under further investigation.
Read more
The Dubuque Man Faces Drug Charges In Illinois
Dubuque In Pursuit
1 Comments 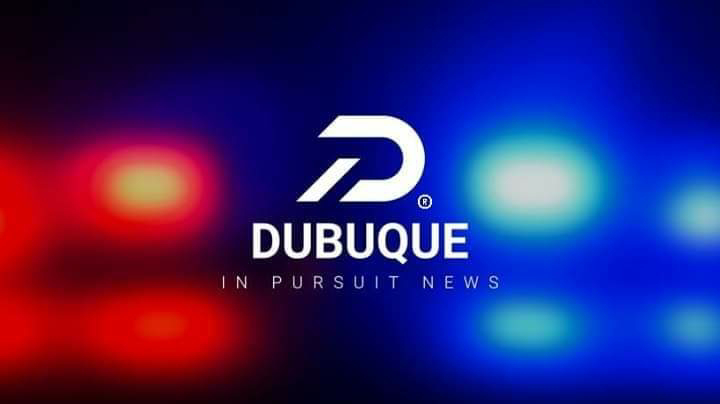 Dubuque In Pursuit News December 16, 2019 Jo Davies County Deputies made contact with a woman who got out of a vehicle who looked distressed in the early morning hours Sunday and the driver of the vehicle, Jermey Rhoner on Sinsinawa and Wisconsin in East Dubuque Illinois. After running Rhoners name Deputies found out that Rhoner had a warrant in Jo Daviess Country Illinois and Rhoner was arrested. During a pat-down Deputies found a blow torch and a K-9 was dispatched to do a sniff of the vehicle and the dog did indicate the order of drugs. Deputies then did a search of the vehicle and found a meth pipe with residue. Rhoner was charged with possession of methamphetamine,drug paraphernalia and his warrant.
Read more
Stockton Man Areested For Felony Drug Possession.
Dubuque In Pursuit
No comments
On November 15, 2019, around 19:46 pm, a Jo Daviess County Sheriff's Deputy stopped a vehicle Driven by Dale Wicker, age 36, of Stockton Illinois, at W. Benton and N. Rush Street in Stockton, for failure to use a turn signal. During the traffic stop a K-9 Indicated to the presences of drug order. During the following search of the vehicle and the two occupants the Deputies also located a plastic bag containing a white crystal like powder in the driver's pocket that field tested positive for cocaine.  The Deputies also located prescription medications without a prescription, open containers of alcohol, and $2,121 in cash.Wickler was arrested and transported to Jo Daviess County Jail for Felony Possession of Controlled Substance Cocaine, Felony Possession of Controlled substance prescriptions, and Felony Possession with Intent to deliver. The incident remains under investigation.
Read more

Joshua D. Glenn is being charged with Aggravated Domestic Battery, Aggravated Battery, Unlawful Restraint, Interference of Reporting a Domestic Battery, Resisting Peace Officer, Fleeing and Eluding Police Officer and several traffic citations are pending. The machete and a Ruger Handgun were recovered from the scene. This incident remains under investigation with additional charges pending.

motor cycle on South Speer Road when he lost control of his motor cycle and over turned it on the road. Swiss was transported by Elizabeth ambulance service to Mercy Hospital Dubuque.

Are you a business owner looking to advertise on our site?  Please contact us for more ﻿information. Just click on the logo for information on these great businesses